Five Reasons Why We Chose Austin

At MapsPeople we’re experiencing a very high demand in the U.S. market. So, to meet this demand, we open a new office in Austin, Texas this summer. But why have we chosen Austin? That’s probably the most frequently asked question, when we tell people about our future office. In this blog post we’ll give you the five reasons that made us chose Austin over any other American city.

This blog post was written by MapsPeople CCO, Jonas Berntsen, who’ll be in charge of our American office. 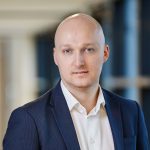 For years Silicon Valley has been the place to be for startup companies but not anymore. In 2016 CNBC named Austin the #1 place to start a business and especially tech companies thrive in the city; The commercial real estate and investment firm CBRE Group ranked Austin fifth in the nation for its ability to attract and retain tech talent. This also manifests itself in the Austin metro area that has a seizable tech industry with companies such as Google, Amazon and Facebook.

Recent numbers show that Austin is still a great place to grow your tech company; Austin’s top 100 tech companies have increased the employee count by 11 percent in 2017. This means that there’s now nearly 60,000 techies in Austin which is about. 7,000 more than in 2016.

However, this is not at new tendency; According to the 2016 Kauffman Growth Entrepreneurship Index, Austin startups grew by 81,2 percent in the years leading up to 2016, which was faster than every city except Washington. In that connection CNBC wrote that "the greater Austin area is breeding the highest rate of new entrepreneurs in the country".

But what makes Austin so good? The favourable business conditions in Austin are created by a mix of investments in startups, low tax rates and affordable cost of living. In other words, it’s an attractive city to build your company but it’s also an attractive place to live, thus easy to attract skilled employees.

The multi-platform publisher, U.S, News, has analyzed 100 metro areas in the United States to find the best places to live based on quality of life, the job market in each metro area, the value of living there and people’s desire to live there. The top scorer in the analysis is Austin with an overall score on 7,8, making the Capital of Texas the #1 on the Best Places to Live list.

Austin’s a liberal and open minded city with a culture, lifestyle and way of living similar to Europe and Denmark. Of course, living in the States won’t be the same as living in Denmark - and I don’t want it to be - but I feel good about bringing my family to a city that shares our values.

Austin also encourages diversity with its slogan, keep Austin weird. This means that the culture in Austin is one of a kind and the “Live Music Capital of the World” is a true cornucopia of music venues and local bands.

#3: One Of The Fastest Growing Cities

For years it was the fastest growing city in the U.S. with an astromic 12,0 percent increase in population from 2011 to 2013. Then it was overtaken by another large Texan city, Houston, but now it’s back; Of course, I’m still talking about Austin. According to Forbes, Austin is the metropolitan region that has seen the biggest bump in population with an 7.8 percent increase between from 2015 and 2017.

In five out of six years, Austin has topped Forbes’ list of America’s fastest growing cities (only topped by Houston in 2015). Every day, Austin welcomes about 50 new people and has an annual growth rate on almost 3 percent. A lot of the people moving to Austin comes from the surrounding Texas cities, but not all of them; According to Realtor.com people from the west coast migrates to Austin because it offers “a good combination of job growth...” and “...lifestyle”. In addition, the lower cost of living has tempted people from Los Angeles and San Diego.

This combination of job growth, lifestyle and cheaper cost of living is also one of the main reasons we chose Austin. Furthermore, Austin’s a great hub to the rest of the states, and we can easily find a spanish speaking person to handle the South American region.

We’re a North Jutland company and our roots - and headquarter - will remain in Denmark even though we expand our business in the U.S.. Our Danish offices in Aalborg (HQ) and Copenhagen have a very close cooperation and ideally the Austin office will enter in this cooperation on equal terms. However, there’s a seven hour time difference, which makes it a bit more difficult to organize intern meetings.

With the new office located in Austin, our Danish and American employees will have a slot af about two hours each day, where they’re all at work at the same time. If we had chosen, for instance, Silicon Valley, the time interval would have been nine hours, meaning that the Danes would get off work when the Americans started their work day. The two hour slot allows us to have meetings without people having to start work earlier or work over.

If we’d chosen Boston, the time difference would have been even better compared to our Danish offices, but then we would have had a bigger time interval in U.S. “internally”.

If you’ve ever visited Denmark, you’ve probably noticed the unstable windy and rainy weather and the lack of warmth. Actually, the summer ‘17 was warmer than normal; With an average temperature of 15,4 degrees, last summer was 0,2 degrees warmer than usual.

The average temperature in Austin is 26,5 degrees and they have about 50 rainy days a year. In Denmark we have approx. 120. In other words, the Texas weather is a serious upgrade from the Danish weather.

Often when people think of Texas, they image a barren desert. Austin’s the exact opposite. The warm weather and the evenly distributed rainy days makes Austin a beautiful city with luxuriant vegetation. This was actually also one of the pros on our pros and cons list. I’m bringing my family to Austin for at least two years, so of course the climate and scenery are important.