“The ambition is to fundamentally change transport, not only in Denmark but throughout the world,”
GoMore founder and director.

In this month’s Real-World Insights blog, we’re zooming in on the Danish ridesharing company ‘GoMore’ and their Google Maps based website and application. GoMore was founded by Matias and Søren, who discovered carpooling while studying philosophy in Germany. Active since 2005 in Denmark, GoMore has since then expanded into Spain, France, Norway, and Sweden. The service has over 2 million members across the five countries, and despite a rise in car-sharing services, remains competitive in pricing and the level of service offered.

But before diving more into how GoMore works, we should maybe ask why carsharing services have exploded over the last few years.

It’s no secret, the damage that we inflict on our environment and ecosystem is taking its toll. Increasingly, we are wondering how to turn the clock and change some of our most damaging habits for the better. On the other hand, cities are steadily growing and with it, the number of vehicles that produce C02.

Traffic congestion is not only an ecological problem but also a social one as it affects commute times which have been on the rise over the last decade. In fact, the average American commutes the equivalent of 19 full workdays a year! According to a study done in the UK, adding 20 minutes of commute per day, and the effect on job satisfaction is the same as receiving a 19% pay cut. Traffic congestion not only impacts car drivers but also public transports like buses and trams. And the craziest part? Seventy six percent of commuters are driving solo (US numbers). Of course, in big cities, many people will use public transport to get to and from work, but will simultaneously own a car that will remain parked and unused. Actually, cars, even if used daily, remain parked 95% of the time, resulting in a vast amount of urban space being “eaten alive” by parking spaces.

I just hit you with a lot of numbers, but the reality is that cars are an amazing and useful technology, but its current use also comes with a lot of problems. That’s where car-sharing comes into play. 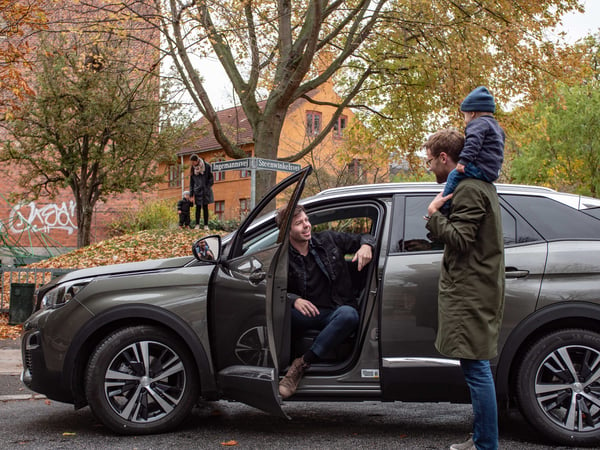 Carsharing can not only cut the number of cars in half, but it can also reduce fuel consumption and the emission of greenhouse gas, and therefore improve air quality, as well as be a huge cost-saving solution for public agencies and private owners. For vehicle owners, the benefit is financial as they earn a revenue on their vehicle and lower existing use costs, while also participating in the sharing economy by offering a service to others. For users, car sharing means access to vehicles without the cost of owning a vehicle. For public agencies, fewer cars means fewer expenses related to parking spaces and fuel compensation for employees.

To summarise, carsharing responds to three of cars most problematic issues: the emission of harmful gas, the overpopulation of vehicles in urban spaces, and the underuse of those vehicles. And that is also where GoMore stands out as a carsharing service. It offers three kinds of services:

GoMore’s use of Google Maps makes it a smooth and intuitive service. Accurate location is a crucial part of the service as it is needed to identify available cars near you and then finding the car you rented. For car-pool users, Google Maps provides the route to the meeting point, both for the driver and the passenger, that means that whether you are jumping on board at the start of the journey, or somewhere along the road, you will never miss your ride. Additionally, all the benefits of Google Maps are integrated. That means route suggestions for the driver, and ETAS for the whole car. So if you are carpooling for only a portion of the journey, you will see when your driver is leaving and the estimated time of arrival to your pick up point, your final destination, and their. 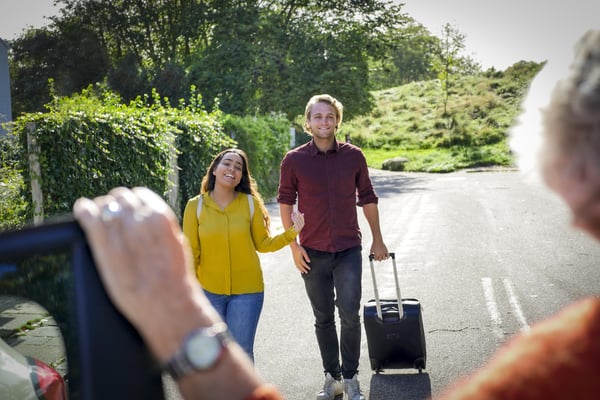 There may not be a fits-all solution to complex problems like global warming and urban distribution, but GoMore’s services do offer a viable solution for everyday users like you and me. As GoMore’s French CEO says: “The car is and will remain an indispensable mode of transport in the decades to come. But eventually, people will no longer own cars; they will hire and share their vehicles. As in many industries, the move from an ownership model to a usage model is taking place.” It is time to adapt and change the way we think about cars, and get on board with the transportation of the future.