Use Google Maps to Lead Your Customers to Your Offline Stores

Holiday season is soon coming up, and with that, the busiest time of the year for most retailers. Not surprisingly, a lot of gift shopping will happen online, but the offline market still can’t be forgotten. A survey carried out in the UK showed that 85% of its respondents prefer purchasing products in physical stores instead of online, and 82% of these stated that the reason for this is to get their hands on the product right away. Consumers want instant gratification, and not having to wait for days from purchase to delivery is a big plus for offline stores.

However, in these times of increased mobile-first shopping, it is important to continuously think of ways to remind the consumer that offline stores are still an option. A study from 2018 showed that 78% of holiday shoppers search online before they visit a physical store, and 61% of shoppers would rather shop with brands that also have a physical store. The challenge is to make sure that when consumers search for products online, they’ll be directed to your offline store. In fact, it’s been reported that if a shopper who’s within a five miles distance of a store clicks on an online ad, there is a 1.7x higher chance that they will visit the store than if they were farther away. This means that if someone is shopping online and sees that the product is in stock in an offline store nearby, they might be tempted to go directly to the store in order to get the product right away. 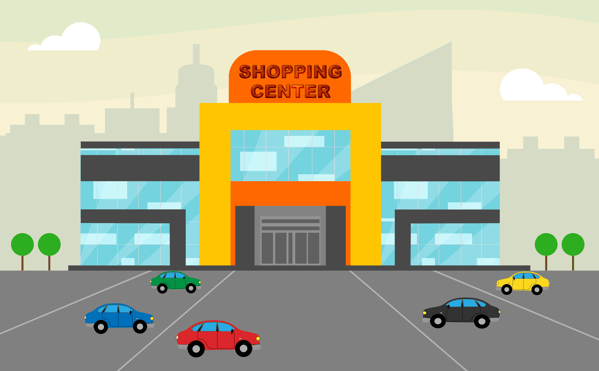 Another reason why offline stores shouldn’t be dismissed is because of last-minute shoppers. In 2017, 70% of holiday shoppers admitted they still had shopping to do in the last week before Christmas. This means that it might be too late for online orders to be delivered before Christmas, so if your store mostly focuses on the online market, or does not make it easily visible that you do have physical stores, the consumer might move on to another retailer in which the product can be found offline. Retailers should thus, instead of fearing the tendency of online shopping and mobile-first users, try to instead combine the two for a stronger brand. This is where Google Maps can help you.

But why Google Maps, you might ask? With one billion monthly active users and 25 million daily updates, it’s safe to say that Google Maps is quite the powerful platform. Using Google Maps, you can create an interactive map for your website in which customers can easily locate all of your stores and be navigated to the closest one by car, foot, bike, or public transportation. But navigation isn’t the only benefit of the Google Maps’ store locators. Another benefit is the possibility to georoute calls based on the caller’s geographic location, which saves time, both for the caller, but also for the store as they won’t have to spend time redirecting the call to the right location. If you have the same number for all of your stores, it is also possible to georoute calls to the closest store based on the caller’s location.

If you think that a store locator might be what you need, you can reach out to our Google Maps experts, who can tell you all you need to know about store locators and their benefits: