Find the Most Loved Restaurants with Google Maps

If you, like me, are a big foodie, Google Maps’ new blog update is definitely going to catch your interest. It’s now getting easier to find the best places to eat in Chicago, Los Angeles, and New York City with the Local Favorites program. The Local Favorites lists are based on customer ratings and reviews of restaurants and cafes, allowing you to choose among the most loved places to eat in your area. Often, the best critics are guests and customers themselves, so if a restaurant is popular in their eyes, chances are that the rest of us will probably agree on it.

Besides the Local Favorite lists, Google also released top ten “Hidden Gems” and “Rising Stars”. The Hidden Gems list is made of spots that have great reviews and ratings, but only from handful of people compared to the places on the Local Favorites lists. Rising Stars refers to restaurants that are less than two years old, but that are getting popular fast. 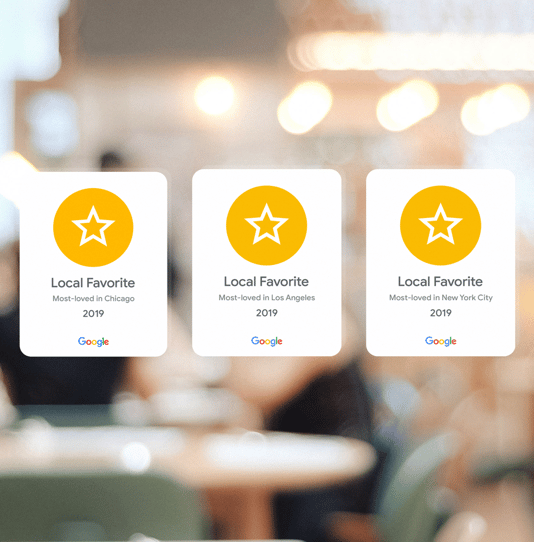 Using Google Maps, you can delve into the lists and find restaurants by location or type of cuisine and find the most loved eating spots near you, no matter what you feel like eating. You find the lists in the Google Maps explore tab under “Lists”, but you can also search for them offline in the streets, where you'll be able to recognize them through their Local Favorite window stickers.

Restaurants can sign up for the next Local Favorites lists by claiming their Business Profile on Google in order to connect with their customers. But when it all comes down to it, it’s the customers who decide whether a restaurant deserves to be on the lists, so if you want to support your favorite eating spot, make sure to continue to support it by leaving reviews or rate it on Google Maps.