Yossi Matias, VP Google Maps Engineering, states: "In times of crisis, access to timely, actionable information is crucial". SOS alerts informs people about important phone numbers and lists links to useful websites. If available, the feature even provides live tweets from first responders at the scene and important phrases in the local language. Special icons mark danger zones on Google Maps, for example in case of an unfolding wildfire. In addition, Google Maps offers real-time updates about blocked roads and traffic obstructions. Users can chose to stay informed via push-notifications. 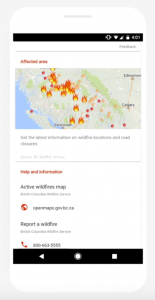 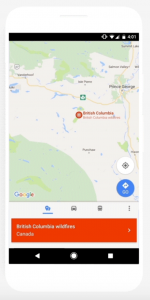 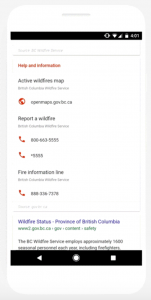 SOS alerts help people in their decision on what to do next in case of an emergency. Hereby Google Maps reveals areas that should be avoided as well as places where affected persons can find refuge.

In order to realise this new feature, Google has worked closely with a wide range of organisations and government agencies. The Red Cross or the Federal Emergency Management Agency are just two of many examples.

In addition to SOS alerts Google offers more tools that help you in emergency situations or unfolding crisis. Google Person Finder assists people reconnect with friends and loved ones; Crisis Map lists weather warnings and natural disasters and Public Alerts supplies the user with particular warnings such as an arising storm.

If you're interested in keeping up to date with the newest Google Maps features, we make sure to always cover the best updates in your blog.