Entertainment is increasingly pushing the boundaries of technology and the digital world. While at their core, games still need to be about adventure, mystery, and challenge, technology makes the possibilities endless. The best innovations though are the ones that use existing technology in a new way. And that is where Geoguessr enters the scene. 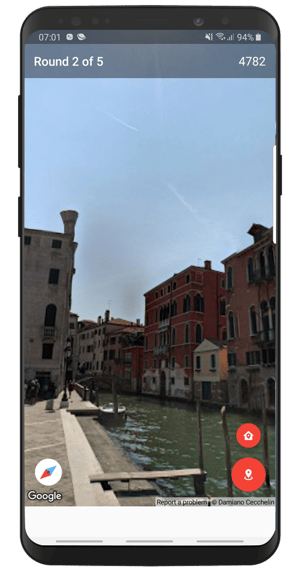 Geoguessr’s premise is simple: you get dropped off somewhere in the world, and you have to guess where you are by pinning your location on a map. Like in Google Street View you can navigate at ease, in search of clues that might make your guess more accurate. The closer you are to the location, the more points you get. After 5 rounds, the game is finished, but you might find yourself quickly starting a

new game because being transported to foreign places around the world without leaving the comfort of your home is addictive.

Actually, that is what inspired the creator of Geoguessr: Anton Wallén, a Swedish IT consultant. He first created a random location generator for Street View based on his appreciation of Street View’s immersive experience, and later added the game element to it.

Geoguessr can be played on a worldwide map, or maps based on a variety of themes, meaning all 5 rounds can be based in the United States, famous places, or worldwide theme parks. If you get a pro account you can create and manage your own maps for others to play on. This results in some pretty original maps like “Where’s that McDonald’s?” or “Places from movies”.

Geoguessr strikes a great balance between freedom for the player and elevated interest. You can play solo or in teams and you can add a time challenge to your rounds. But beyond the challenges offered in the game, players have set different levels of difficulty. Some allow an unlimited time of navigation in the map and the use of Google to verify or translate information visible on street signs while others insist the game is best played by only performing a 360-degree turn where you were dropped with no other additional action. 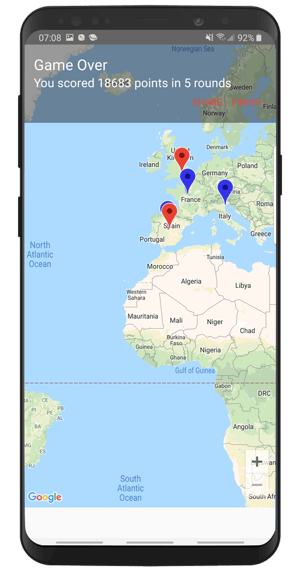 Whichever way you decide to play it, you are guaranteed to be simultaneously surprised by how much you unconsciously know of the world (who knew the simple sight of road lines would automatically narrow down your guesses), and how similar opposite parts of the world look (unsurprisingly, deserts look a lot alike whether in Australia or Arizona, but forests and mountains can really take you by surprise).

There are some limitations to the game as Street View doesn’t cover large parts of Africa and Asia, meaning you might get a lot of guesses on North America or Europe. However, this is offset by how easy it is to access to the game whether online or through the app, and the vast number of maps to play on.

GeoGuessr is a great example of how changing the use of a tool users are familiar with, like Google Street View, can make for an addictive and highly entertaining game.

If you want to discover more inspiring use cases, read how ABAX is using Google Maps to help their customers manager their vehicle fleets, track trips, avoid tax penalties, and reduce fuel spending via the green button below.