Things You May Have Missed: Google Adds Speedometer to Google Maps

Have you seen the new speedometer feature in Google Maps? 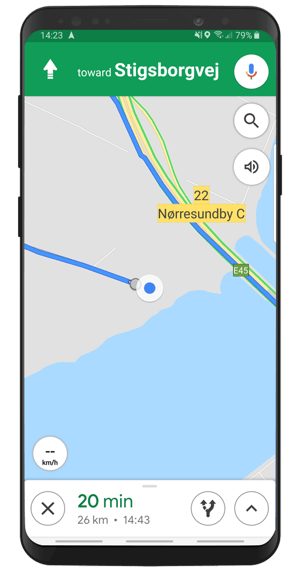 Google has developed a new speedometer feature that it’s rolling out to Android users globally. And yes, of course your car already has one, but the idea is to allow you to see how fast you’re going, when you’re checking the app for directions.

Here’s how you turn it on

The speedometer is turned off by default, but you can check your navigations settings to see if you have it (see how to check and turn it on below). If you don’t have the speedometer yet and your Google Maps app is updated, you might need to be patient. The feature is still being rolled out, but will be available for all Android users soon.

To turn on the speedometer feature

In the beginning of the year, Google trialled speed limit indicators and speed camera alerts in the US. While global availability hasn’t been clearly confirmed, the features are reportedly live in a number of countries worldwide. However, we don’t see them in Denmark yet, but here’s how you use them if they’re available in your region.