We could give you a million(ish) reasons why you should choose Google Maps for your map based project, but why would we when it can be boiled down to 3 very important reasons? If you’re bringing your projects to life, you’re probably in the process of researching the world of APIs and we know it can be quite a jungle, so let's keep it simple and focus on the important things..

Did you know that 77% of people who owns a smartphone use navigations apps? Or that 67% of these navigators prefer to use Google Maps? Well, now you do. Google Maps is by far the most used navigation app followed by Waze (12%) which is also owned by Google. But what makes the famous Maps so popular?

A survey found that the main reason people use their preferred navigation app is clear directions (25%) and to give clear directions, you need data. I think you’ll agree with me when I say that Google is the internet and knows everything. For instance, what do we do when we can’t remember who won the FIFA World Cup in 1994? We google it. The search engine has been so popular for years that The American Dialect Society chose it as the most useful word of 2002 and it was added to the Oxford English Dictionary and the Merriam-Webster Collegiate Dictionary in 2006. In other words, Google is the king of data.

Google Street View was launched in 2007 and is a clear example of how Google collects enormous amounts of data for their navigation solution. The Street View project was first rolled out in some American cities but today it includes both cities and rural areas worldwide. Why does this matter? It matters because it’s allows Google to offer you 99% coverage of the world and 25 million updates daily. This makes your project scalable and you need scalability if your planning to go global.

If there’s something that’s absolutely vital for the success of an app, website, or any other software, it’s a good user interface and user experience and map based solutions are no exception to this. As shown in the figure below, 20% of people use their favorite navigation app because it’s user-friendly. But what makes an app user-friendly? 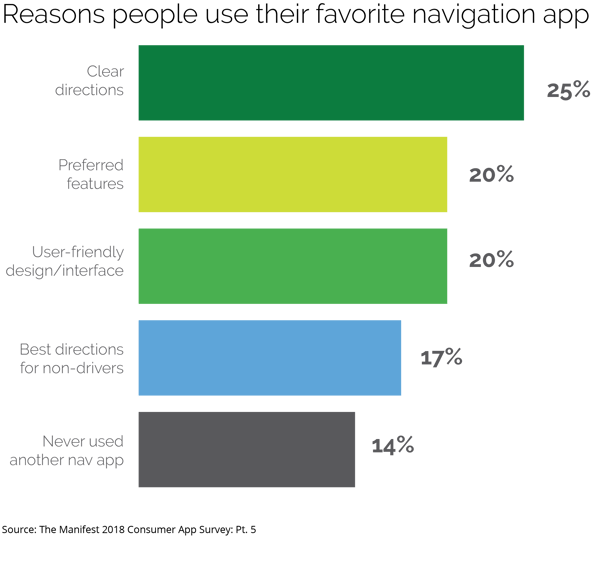 According to Ian Sommerville, former professor of software engineering and author of the popular book Software Engineering, user familiarity is a defining point in UI. As usability is closely related with familiarity for the users, the user interface should use terms and styles that users are familiar with. Likewise, familiarity plays a major part in the user experience. In fact, most of the interfaces we use on a daily basis are so familiar to us that we use them without thinking.

With more than one billion Google Maps users worldwide, you can be sure that most of your users are already fully versed in the well-known Maps interface. I think you’ll agree with me that even users preferring a different map service to Google’s will instantly recognize the look and feel and instinctively know how to use it.

So whether your users are preferring Google’s map service or not, building your solution on Google technology will give your app the highest degree of familiarity possible. And don’t worry about things getting too familiar. As Google Maps is constantly updated, your solution will always be based on the most accurate and innovative mapping technology out there.

If you want people to use your solution, you also need to think fast - or at least your solution does. Studies have shown that 68% of app users demand a load time of less than six seconds but the ideal loading time for mobile apps it about two seconds. For every additional second the app consumes, the conversion rate declines by 7% but it gets worse.

App users tend get frustrated and angry if they have to wait longer than a few seconds for an app to start and 48% even uninstall or stop using the app if they find it too slow. This is why speed is also vital to the success of your project. First impressions don’t get second chances and the loading time is literally the first impression users get of your solution. That’s why your solution needs to think fast. Really fast. 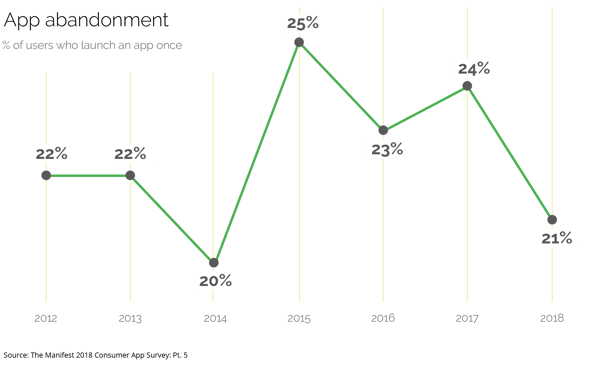 Google Maps has the same infrastructure as other Google services such as Search and Youtube. This means that mapping projects built with Google technology are powered by the fastest map service engine in the world. This ensures that your Google based solution will have one of the fastest (if not the fastest) map loading time in the world.

If you want to know more about Google Maps APIs, we have a bunch of resources for you to explore. Read more about Maps, Routes, and Places APIs on our website or kick back with our on-demand webinar, 'Introducing Google Maps APIs'.

If you want to know more about the benefits of working with a certified Google Maps partner, download our guide, 'The Benefits of Collaborating with a Certified Partner'.